Bloodthirsty kings, queens and clansmen, unconquerable kingdoms, the mythological Kelpies to an obscure prehistoric sea monster, I am proud to call Scotland my home and especially the fact that supernaturalism and legend still reigns strong in our culture. This is exemplified through the likes of Outlander, Braveheart, J.K Rowling and the millions upon millions of people from all over the world who visit every year, hoping perhaps to snap a photograph of our old pal Nessie or confront George "Bluidy" Mackenzie, the alleged menacing poltergeist of Greyfriar's Kirkyard.

My name is Ailsa. I'm a working actor and aspiring arts practitioner. During the three years since I graduated, I've come to figure out there is a solid cycle to the way I like to make things happen; Without the research comes no inspiration. Without the inspiration comes no imagination. Without the imagination comes no idea. Without the idea comes no action. This is evident as I look back on a script I wrote in 2014 called "Sticks and Stones" and compare it to its rewrite "The Last Equinox" several months later. Sticks and Stones was written in about three days, for which I recall my only research was watching The Blair Witch Project. As much as Blair Witch is a remarkable film, in my opinion, my script was lazy. It was an unfortunate waste of what I knew I was capable of and, most importantly, what I knew I would enjoy. All in all, I've always had an enjoyment for character design, folklore and fantasy. Therefore a book was purchased, stories were read, documentaries were watched and the yearly family trip up to the Cairngorms was used to its upmost advantage. In the end, the transformation of Sticks and Stones all came down to one question - "What makes Scotland fascinating to the rest of the world?" Scenery? History? Folklore? How about the lot? Henceforth, the legend of Artairhan was born. Almost two years later, the peculiar story of The Last Equinox is about to be told.

Thus, onto the production side of things, the Glasgow Film Crew were utter pals for helping lift this project off of the ground. As someone who graduated as an actor with predominant training in theatre, I didn't know much about how to make a film. But, amidst pre-production plans, I had incidentally fallen into the role of producer therefore had to draw upon my limited knowledge and, otherwise, badger the crew with questions along the way. However, on the practical side, we were fortunate that our filming location, which was generously lent to us by artist and actor Vic Lock and their lovely family, was a characteristic forest near Aberfoyle, a wholesome little village also home to the legendary Trossachs fairies.

It was a ready-made world of enchantment, culture and creativity. What can I say? We had a lot of fun using it. And any mildly negative energy - (that may have been caused by the early morning starts, the non-dismissible sound of a nearby chainsaw obstructing takes, chilly weather or late arrivals for numerous reasons) - was completely cleansed away thanks to our lulling environment and, of course, what were a very happy, positive and funny cast and crew; special shout-out to Graeme Cassels for providing the tunes, Colin MacDougall for providing the curly-wurlies, Danielle Mattison for providing magnificent food and our director Ian Hendry for stepping in as an extraordinary DOP. We were alarmingly lacking a cinematographer in the run-up to the first day of shooting, therefore he offered - on top of his initial role as director - at the final hour.

In the end, this turned out for the best as he produced some highly accomplished material which our post team, editor, Peter J Stewart, colourist, Seamus Cogan (Sarcoline), composer Chris Belsey and sound designer Bob Robertson, seemed to enjoy working with. I'd say my favourite component to this experience was the collaborative process. I'm grateful to have been actively involved on the artistic side of things, and trusted in my decisions. Overall, it's hugely important for any production team to share mutual confidence for one another – in my experience, this was especially when it came to working with other visualists such as Ian, the actors Vic Lock, Jamie Smyth, Iain Campbell and Maria Jones, SFX make-up artist Laura McLachlan (Asylumstar) and the post-production team. Thankfully we were all on the same page, yet had the freedom to be inventive and unique with regards to our own ideas. After all, the film itself can be interpreted in so many different ways and leaves a lot down to the individual imagination. Additionally, I am also very fond of the stop-motion animation sequence which was especially created for the film, directed by Daiva Ivanauskaitė. However, I'll withhold the details on that for now as I'm sure it'll evoke much curiosity at the screening!

In terms of how I personally feel about the entire project as a whole, I do believe my writing skills have much improved since The Last Equinox. There are aspects of the writing I like however, other aspects which make me want to flee the battleground and leap across the River Garry a la Donald Macbean in 1689. But the film in its original, purest form is a memory. Plus, cinematically, it’s creative, elaborate and true to the story. In all honesty, the entire team, from pre to post production were realistic when it came to filming a fantasy short on a budget, as this could have gone totally skew-whiff in the wrong hands. But, most importantly, we have a film to show. It is one fairy step forward in my professional development and hopefully it's been a valuable experience for the others too. Therefore, when it comes to this screening, all constructive feedback and questions are encouraged, in either their politest or harshest form. There shall be no hard feelings. It’s only art, after all!

Should you be interested in reading about the behind-the-scenes shenanigans of The Last Equinox in much more elaborate detail, I have written several blog posts on https://barbarianandscallywagproductions.wordpress.com/.

You are also more than welcome to like us on Facebook for further news and updates at https://www.facebook.com/thelastequinox/ 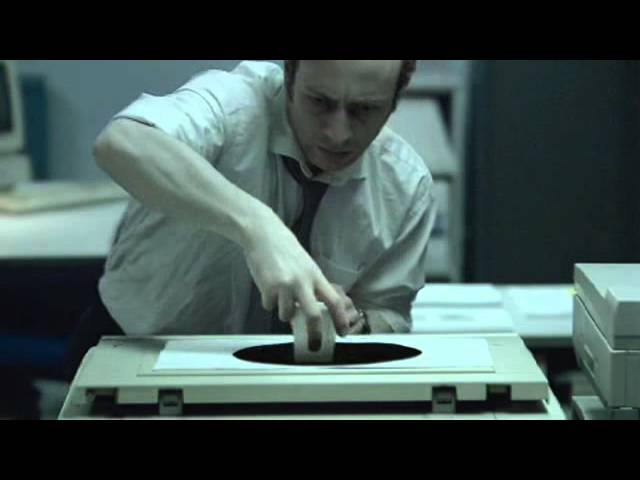